These teams will have to witness the Lombardi Trophy get lifted by somebody else this postseason, but each had their own silver lining to pair with their underwhelming seasons.

Every season, 32 NFL teams make their push to enter the playoffs and get a chance to secure a Super Bowl for their franchise and celebrate with their team and their city. 20 NFL teams have been officially eliminated from that hunt for the 2016-17 season, but those organizations individually saw success—albeit sometimes minor—that provides hope towards one day hoisting that trophy. These are five positive takeaways from some of the NFL teams that will watch the 2017 NFL Playoffs from their couches.

Nobody around the league anticipated Carolina to fall so far from their inspired 15-1 record last season, especially after losing the Super Bowl and throwing that chip on their shoulders. However, after a falling out with star defensive back Josh Norman and a patchwork secondary on the field, the NFC Champions of yesteryear lost nine more games in the 2016 campaign as every facet of the team seemed depleted.

The causes of such a fall can be attributed to many different aspects of the team, but the Panthers organization will be pressed on what direction they need to go this offseason. Carolina has 15 players that will become unrestricted free agents unless signed by February 14th, including three starting defensive lineman, Kawann Short, Charles Johnson, and Mario Addison. The Panthers may need to retain some of the key pieces of their successful 2015 campaign, like Short, Johnson, and Addison, while retooling some of their offensive linemen to try and recapture the blazing attack Cam Newton once controlled.

The path isn’t clear for Carolina, and after such a big step in the wrong direction this season, the road to returning to Super Bowl caliber form looks difficult. However, if the Panthers re-up some of their players and work on getting back to their roots implanted from 2015, it’s clear the team still has enough talent under center to be a competitive force again.

The 49ers played so terribly that they were able to justify firing Chip Kelly.

The 49ers’ recent struggles come as quite a fall from grace since their Super Bowl appearance five long seasons ago. San Francisco saw only two wins during this year’s campaign and received more coverage from the media over Colin Kaepernick’s kneeling on the sidelines rather than the game-sealing victory formation on the field. However, much of this can be attributed to Chip Kelly’s watered-down college offense that ranked 31st in total yards this season.

As a result, the 49ers were able to part ways with not only Chip Kelly, but also former general manager Trent Baalke as the organization clears out and tends to the inside of their team before creating turnover with their player pool. CEO Jed York asserted that “having those guys be partners and working together and being able to scout players that fit Chip’s system…[was] sort of the vision I saw…but the marriage didn’t work.” Kelly’s lack of NFL experience and unwillingness to adapt his rapid-fire offense in order to try and effectively wear down defenses instead of simply “hurrying” them to death plagued him and the teams that he has coached. The 49ers now have an opportunity to distance themselves from their abysmal disappointment this year after the departure of Kelly.

The Cleveland Browns got to hold open tryouts for 16 weeks.

It came as no surprise that the Cleveland Browns failed to make the playoffs. The perennial laughing stock of the NFL stumbled into a 1-15 record this season, managing to trump last year’s sad 3-13 display. Many injuries and and a shallow talent pool continued to kick Cleveland while they were down. However, while the season was marred with mediocrity, the organization also was able to harness the lack of lineup continuity that help drive the losses up and put it to good use: scouting for hidden talent.

After losing some of the few proven talents on the team early in the season, like Joel Bitonio, Josh Gordon, and Robert Griffin III, Hue Jackson and the coaching staff’s motley lineup of athletes flashed their skills in a losing effort. Terrelle Pryor’s conversion to wide receiver saw massive success, as the former Ohio State and Oakland Raider quarterback amassed over 1000 yards and led the Browns in the department. On the defensive side of the ball,  young linebackers Christian Kirksey and Emmanuel Ogbah proved their worth as Kirksey registered 83 solo tackles and Ogbah provided six sacks, both of which were team-highs.

The Browns’ predictably sad season certainly disappointed many fans, but the few shining players that jettisoned away from the mess has to be a small consolation to the supporters in Cleveland. 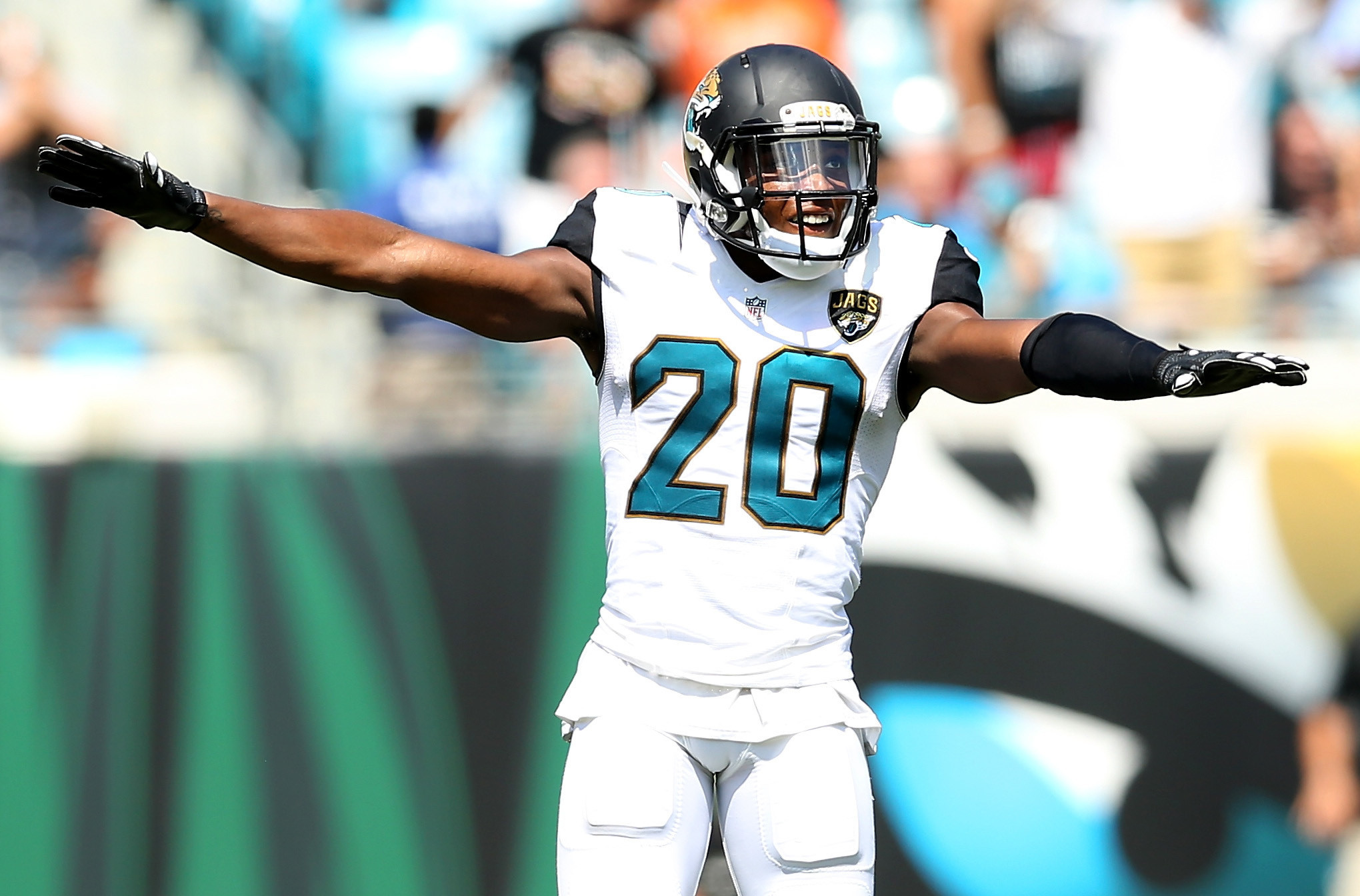 At least the problem in Jacksonville isn’t the defense.

The Jaguars’ 3-13 record cuts a bit deeper for fans than what their somewhat progressive season should. The defense gave up the 6th fewest yards on defense by cutting off the passing attack and surrendering only 215.3 yards through the air per game. With the addition of young talent like Jalen Ramsey and Tashaun Gipson, who combined for four of the team’s seven interceptions, the Jaguars bolstered their secondary and it showed in big ways on the stat sheet.

Admittedly, the offensive attack, specifically Blake Bortles’ command, wavered greatly throughout the season, as the Jags QB threw for 23 TD and 16 INT with below a 59% completion rating. Meanwhile, TJ Yeldon has yet to put together a promising season after posting a measly 465 yards with only 3.6 average yards per carry in the 2016 campaign and continuing to crumble when faced with high expectations.

However, the strides are still clear; after giving up 6000 yards to opposing teams in 2015, that number fell to 5147 in 2016. The Jaguars may not be primed to make a deep run yet, but if the team continues in the direction they’re headed, Jacksonville could build upon the solid nucleus they’re sporting.

Minnesota flashed elite qualities: they just have to retain them for a full season now.

The Minnesota Vikings began the year as one of two undefeated teams after five weeks of the NFL season but subsequently fumbled away eight of the last 11 games and missed the playoffs. After losing young gun Teddy Bridgewater to injury, the Vikings moved first- and fourth-round picks for Sam Bradford, who went on to set an NFL single-season record for completion percentage at 71.6%, in order to keep the season afloat. By the end of the year, the defense had allowed only the sixth-fewest 19.2 points per game, so what happened?

Bradford’s inability to take over games and a sub-par running attack helped the offense crawl to a 315.1 yards per game average, despite the incredible consistency of their starting quarterback. Sam Bradford’s record completion percentage was heavily undercut by tossing an 18th ranked 20 TDs on 552 attempts, giving seven QBs more endzone receptions than Bradford on fewer passes. That being said, any defense that can record 41 sacks, fifth in the NFL, and 14 interceptions is primed for a breakout season.

The Vikings’ offense still needs tuning as a new year brings new uncertainty around who will get the starting job under center and in the backfield, but with a defense as forceful as the one they fielded this year, Minnesota can get right back on the playoff-bound track they built in 2015.